Eighteen years ago, a rogue Army doctor secretly experimented with a chromosomal drug on unknowing pregnant women. When he was killed not long after the children were born, any knowledge and evidence seemed to die with him - except for the living, breathing, human products of his work.

Almost two decades later, the newly self-proclaimed "open-book" military unearths the truth about the experiment, bringing Clio Kaid and the other affected teens to a state-of-the-art, isolated campus where they soon discover that C9x did indeed alter their chromosomes, its mutations presenting as super-human abilities. The military kids, who come from across the nation and all walks of life, come into their own as lighter-than-air 'athletes'; 'indies' as solid as stone walls; teens who can make themselves invisible and others who can blind with their brilliance. While exploring her own special ability, forging new friendships and embarking on first love, Clio also stumbles onto information indicating that the military may not have been entirely forthcoming with them and that all may not be as it seems... 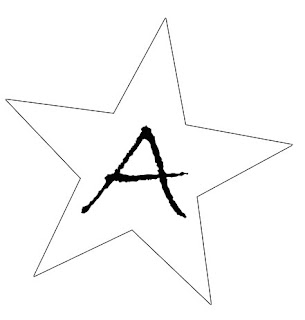 Published by: Create Space
Series: Solid, 1
Overall Rating: 4 out of 5
Source: Author
Page Amount: 223
Age Group I Recommend: 12 and up

I would have probably never picked up SOLID by Shelley Workinger if it hadn’t been for her sending the book for me to review a little while ago. The funny thing was, I had been wanting to read a self-published book for awhile now, but I have never had the chance because I don’t order books off of Amazon, I knew that I would probably wouldn’t read an indie book for awhile.

Then Shelley, who I must say is a complete dear, contacted me through email asking if I would review her book. How could I say no?

I am super glad this book was good. I was worried that if this book wasn’t good, that I would feel super bad writing a bad review. Well, I am here with a god review.

I know I say this about a lot of books, but this novel’s plot amazed me. I have no idea how this woman came up with this amazing idea for a novel. I mean… I would never in a million years imagine writing a book about kids whose mothers were used for a drug testing almost two decades before. I mean… only special people have the mind to create a novel like that.

I can say that I honestly do like the cover of this novel. I think it fit’s the story very nicely, without giving too much away. I think a lot of doctors, nurses, and scientists will pick up this novel just because of the cover.

I loved Shelley’s writing style, because for a novel with this heavy of a subject, I think she did a marvellous job bringing down the intensity of it by putting in a nice, light writing style.

I think the whole idea of the kids being in the academy was total genius. Although I would have liked to have seen more of the whole learning about the drug that this doctor planted on these kid’s parents, I think that will come out more in the second book in the series, Settling I think it is called, so I can’t wait to see more of that.

I think this novel is a good novel to read if you don’t want to read a book that is as large as say Twilight or Harry Potter are. Because I honestly think that for a book that is as good as it is, I don’t think it will get the full attention that is truly deserves.

This novel was amazing, so when are you going to pull up Amazon to order it?